Arch. Romero’s birth centenary and Season of Creation present opportunities to consider action for the future

British diocese honors Archbishop Romero’s birth centenary: The pilgrimage was held by Portsmouth Diocese to strengthen communities in the Christian way of life. 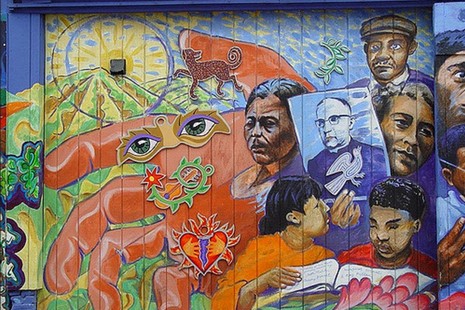 The pilgrimage had the theme of the Beatitudes and wove into prayer stops stories from Archbishop Romero’s life.

A special mass was also earlier held on Saturday, August 12.

The pilgrimage on September 9 was held “in the hope that our efforts and prayers would be of benefit to the communities we passed and strengthen us in the Christian way of life renewing our determination to devote ourselves to works of charity and justice”, reports indcatholicnews.com

Each stop had a suggested “action for the future” in support of CAFOD, Caritas or justice initiatives.

“Let it encourage us to be your disciples acting as comforters, advocates for righteousness, offering reconciliation and peace,” the pilgrims prayed.

“Give us the wisdom to speak out for your name’s sake even when we are ridiculed and persecuted. May the courage of Oscar Romero inspire us to work with integrity for an end to violence and poverty.”

More pilgrims joined at various stops along the way. They were also welcomed at a local Anglican Church.

“We prayed for all people struggling with grief, particularly those who had lost loved ones due to war and persecution,” wrote Maureen Thompson who is part of the Justice, Peace and Social Responsibility Team of Portsmouth Diocese.

“Our action was a prayer and a candle in memory of someone and a donation to CAFOD and local Christians who have escaped persecution from other parts of the world.”

The final two prayer stations were inside Portsmouth Cathedral where pilgrims reflected on the archbishop’s assassination. Everyone was given an “Aspire to be More” card from CAFOD to write their own messages for the day.

There were some final words from the late Archbishop Romero to inspire pilgrims:

CAFOD also carried the message of celebrating a Season of Creation.

Archbishop Romero was born in 1917 and served as the fourth Archbishop of San Salvador in El Salvador. He often spoke out against social injustice. He was assassinated in 1980 while celebrating Mass in the chapel of the Hospital of Divine Providence.