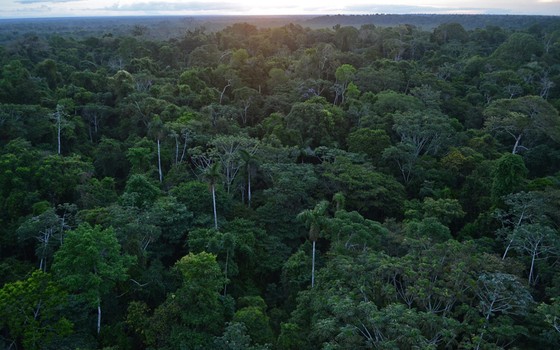 A year ago, the Francisco pope drew the attention of the world to publish his encyclical letter Laudato Si ‘ . The long awaited document highlighted the urgent need to take care of the Earth, “our common home”, battered and devastated by the irresponsible and greedy human intervention. Ecology plays a central role in the encyclical. Besides the economic and socio-political dimension of the issue, Francis points out its ethical dimension, which consists of our responsibility towards the poor, the most affected, and to future generations, who are at risk of survival.

The question has two sides, which complement each other , but also point own challenges. One is the climate problem of global warming , the other is the devastation of the planet. Global warming was last December, the central theme of cop21 in Paris. It was agreed that the greatest villains of global warming are fossil fuels – oil, coal and natural gas – producers of most of the carbon dioxide, CO2, which played into the atmosphere, creates a result the greenhouse effect. This in turn produces and supplies the global warming. Francisco pope had already noted this fact in his encyclical, based on the consensus of most scientists in the field.

The challenge is how to gradually replace energy from fossil material for clean energy. It will be a huge program, the cop21 proposes to human society be conducted without delay in this twenty-first century. The then French Minister Fabius, ahead of cop21 the expressed dramatically when he said: “Later, too late” (plus tard, trop tard).

As the devastation of the planet, the challenges are how to reverse the contamination of water , air and earth, water waste, food and energy, the lack of treatment suitable for all types of waste , thedeforestation an agriculture and livestock that destroy and defile the lack of riparian forests along the rivers and springs , and so on.Francisco de The encyclical addresses, comments and guidance for concrete actions throughout this vast and decisive complex challenges.

Not only care solution to reverse global warming if we do not take care of the pollution and devastation of the planet. Also, do not just take care of the planet, if you do not take care of the weather. In this context, and as president of the Episcopal Commission for the Amazon of the National Conference of Bishops of Brazil, I must emphasize the importance of the Amazon not only for Brazil but for the planet. The encyclical refers by name to the Amazon and its key environmental importance because it comprises and essentially combines a giant rainforest, the largest freshwater reservoir in the world and the richest biodiversity. There also live, at risk, indigenous peoples, coastal communities and traditional cultures that depend radically this threatened ecosystem.

Another feature of this encyclical is a more systemic view of the world, where there is a close relationship between social and environmental issues. The pope realizes the issue stating that the cry of Mother Earth and the poor are crying the same cry. As the battered earth cries for help, just as the poor do. Moreover, the devastation of the planet affects mainly on the poor, who have the greatest difficulties of access to universal goods, such as clean water and land to cultivate.

The conclusion of a year of the encyclical of Pope Francis reminds us of how we can not delay the process of change to save the planet.Needs to change the way of life on the planet and to intervene in nature, ecosystems. There is an urgent need for action by all, every day. On the day, the collaboration of all towards a new lifestyle is needed, simpler, more responsible, less consumerist and less greedy, the courage to change the world and protect “our common home” for this generation and for the future.