No one has the “absolute sovereignty to do what he or she pleases over creation, especially exploiting it for the benefit of the few” 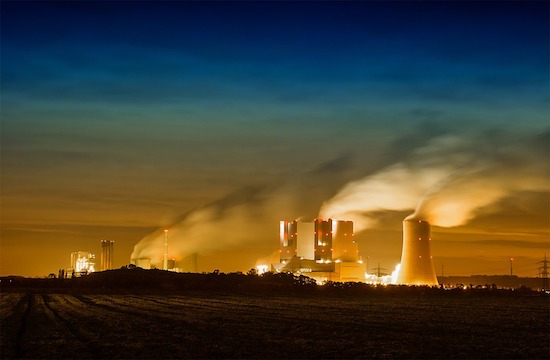 Bishop Daniel Oca Presto of San Fernando in the Philippines has thrown his weight behind moves to stop the construction of a 670-megawatt coal-fired power plant, which he says would destroy the local environment.

The proposed plant would be located close to a popular, 3-kilometer pebble beach and several resorts.

Global Luzon Energy Development Corp. plans to build the plant on a 41-hectare plot of land bordering the coastal villages of Carisquis and Sur in Luna town, about 40 kilometers north of Manila, according to newsinfo.inquirer.net.

Bishop Presto has issued a “manifesto” opposing the plant and called on authorities to seek other, less harmful sources of energy. The manifesto has been read at Masses across the diocese in recent weeks.

No one has the “absolute sovereignty to do what he or she pleases over creation, especially exploiting it for the benefit of the few,” it read.

“Instead, as good and faithful stewards, we should take good care of a creation and leave it in condition even better than when it was found,” Presto continued.

“We consider ourselves accountable and responsible in passing the same as a common heritage of the next generations. As much as we are able to do, we prevent disasters from happening,” the prelate added.

Luna Mayor Victor Marvin Marron has welcomed the project, saying it would create jobs and improve local electricity supplies. He also said the contractor had agreed to put in place environmental safeguards.

Not everyone was convinced by such reassurances. Grocery store worker Jen Palaroan summed up local feeling by saying the plant would “ruin our beautiful town and cause health problems. I will do everything to oppose it.”

From another LaCroix article in the same issue:

“(Pope Francis) comes from a universe where bishops conferences want to have something to say,” said Father Joulain, referring to the regular meetings of Episcopal Council of Latin America (CELAM), which has played a decisive role in the Church’s positioning on social and political issues in South America.

Since the apostolic exhortation Evangelii Gaudium issued at the end of 2013, Pope Francis has continued to repeat his desire to strengthen “synodality” in the Church, in particular by emphasizing the importance of episcopal conferences with respect to the Roman Curia and bishops.

“A Synodal Church is a listening Church,” he said in his opening speech for the 50th anniversary of the Synod of Bishops.

“A faithful people, an episcopal college, bishop of Rome, all listening to each other and to the Holy Spirit,” Father Joulain said.