From a Catholics leader in the Extinction Rebellion, connections to Evangelii Gaudium and Laudato Si’ and the need for change of our economic system

December 11, 2018
I want first to put something right with you. An in-joke developed in our Christian Climate Action affinity group about ‘’getting Phil Kingston into prison’’ and when it went public some of you voiced disturbance because in countries across the world, going to prison means torture and possible death. I apologise for my insensitivity. To honour them, I point to Berta Caceres, the brilliant and fearless Honduran environmental activist who was awarded the prestigious Goldman Prize. This is her acceptance speech:

She was assassinated 11 months later by government and corporate hirelings.

My campaigning has gone to new levels in this context where many groups work together with common purpose. I am relieved that at last the utter seriousness and urgency of the developing Earth catastrophe is being pushed into public consciousness after decades of avoidance by almost all politicians, mainstream media and of course economic and financial powers. Our political ‘representatives’  have let us down. With notable exceptions, they lost their credibility by not  speaking about this.

To say a little about the last 12 days: not in my wildest dreams did I imagine that I, a former probation officer and educator of probation officers and Local Authority social workers – all of whom  work in a context of  respect for the law – would within a week be arrested on three occasions and spend considerable time in police cells. Being given the opportunity to meet so many police as human beings has been a gift. Yes, I know that when the chips are down, they have agreed to  uphold  laws which I regard as fundamentally unjust, such as those which are heavily on the side of corporate and state power. Within that context I want to emphasize their  kindness and respect to me and my colleagues. Whenever I had an opportunity to speak about my concern for my grandchildren, I asked if they had children. I was grateful that so many were willing to speak about their concerns regarding climate breakdown. One of reasonably high rank immediately responded with his concern that there are now only 12 years  within which to halt his children’s  descent into  disaster.

These connections with those who we may often regard as ‘other’ are, I am sure, made more possible by our absolute commitment to nonviolence, including verbal nonviolence, to all persons. Hard as it often is to hold on to my belief  that politicians and and those in business and finance have a humanity exactly like mine, I am determined to do so. I have no illusions about the wrongness of their ideologies and behaviour but I completely refuse to say that they aren’t human.  If someone like me can change over the years by facing the traumas of life, especially childhood ones,  and seeking help for them, I hold hope for all.

I would like to address the rest of this note to other followers of Jesus, though the link in the final paragraph may be surprisingly congruent because it touches our common humanity.

I regard myself as a fortunate man to be alive at the same time as Pope Francis. His arrival has given immense encouragement to those of us in the churches, especially the Catholic Church, who have a vocation to justice, peace and care of the Earth. Prior to this, the experience of many of us was that this vocation was suppressed more than encouraged. It is essential at this critical time of global suffering that this vocation be fully honoured and supported. His writings and speeches about the relationship between the current global economy on the one hand and on the other the destruction of the Earth and the exclusion of the majority of the world’s population from what should be the Common Good of everyone, have a clarity and reality which has often not been as forthright in many previous papal documents.  See for example his  Joy of the Gospel (Evangelii Gaudium) especially paras 52 – 75 beginning with ‘No to an Economy of Exclusion’:

…and many parts of ‘Praise Be, Our Common Home’ (Laudato si). My experience is that there is often a focus upon the latter document by agencies like CAFOD and Caritas and minimal references to the economic one in Joy of the Gospel.  Criticising the current economy seems to be avoided as much within the Church as in society generally.  I often regard Pope Francis as a rather lonely man in the Churches of the materially rich countries where his pastoral care and simple living are acclaimed but his economic critique is made invisible by silence. He calls us to extend our focus upon personal sin to fully include structural sin.

An aspect of Pope Francis which I value hugely is his explicit seeking of the guidance of the Holy Spirit  and his request to all of us to do the same. Our Church so often seems dead to me in comparison with the one in the Acts of the Apostles.

I end by asking  if you will read the speech by Pope Francis to the World Gathering of Popular Movements gathered at Santa Cruz in Bolivia in October 2014. I imagine that it will shock many Christians whilst being an affirmation for others.  This is the link: 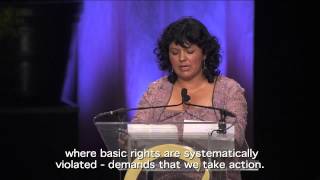