Holy See “cannot be cooperating with practice harmful to health” such as smoking, says Vatican spokesperson. Pope Francis bans sale of cigarettes in the Vatican. 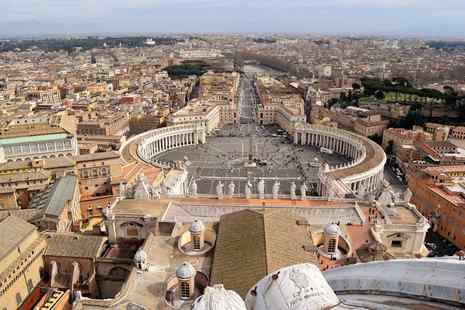 A view of St. Peter’s Square in the Vatican City. /  Wikipedia

Pope Francis has banned the sale of cigarettes in the Vatican, due to concerns over the health damage caused by smoking.

A statement released on November 9 by Greg Burke, director of the Holy See press office, said that the Holy See “cannot be cooperating with a practice that is clearly harming the health of people”.

Citing World Health Organization statistics that smoking causes more than seven million deaths worldwide every year, he said cigarettes will not be sold at the Vatican from the beginning of 2018.

Burke acknowledged that the sale of cigarettes had provided the Vatican with revenue.

“Although the cigarettes sold to employees and pensioners in the Vatican at a reduced price are a source of revenue for the Holy See, no profit can be legitimate if it puts lives at risk,” the statement said.

He added that the sale of large cigars would continue for the time being because the smoke is not inhaled.

The church has never defined smoking as a sin. The Catechism of the church says the gift of physical health requires “reasonable care” of the body, and more specifically says: “The virtue of temperance disposes us to avoid every kind of excess: the abuse of food, alcohol, tobacco or medicine.”