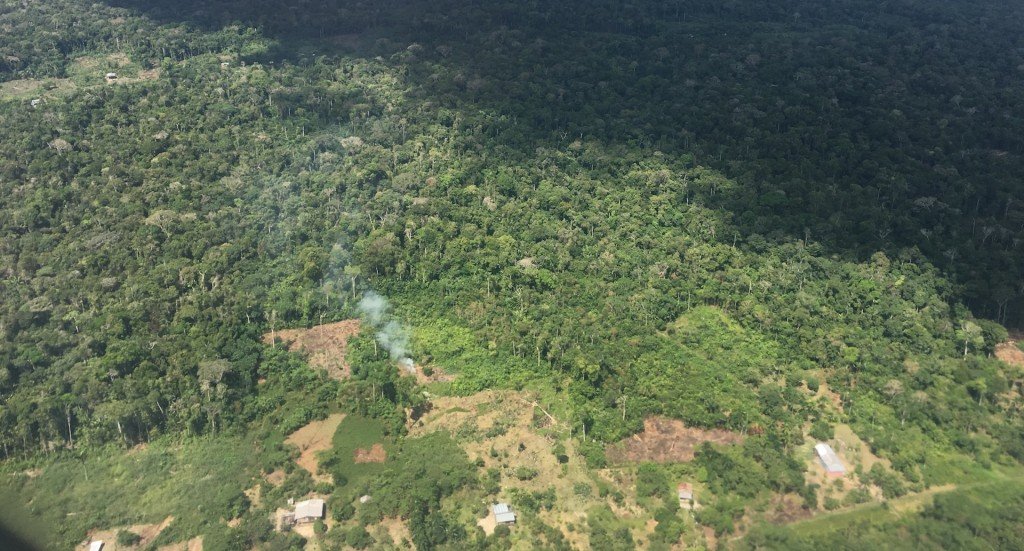 The Colombian Amazon rainforest is estimated to be a third of Colombia’s total land area of about 111 million hectares. There are varying estimates of this forested area: 60.3 million ha (FAO 2012), 48 million ha (World Bank), and 64 million ha (Forestry Development Plan). Colombia is also believed to host 14% of the world’s biodiversity. Between 1990 and 2010, FAO reported a deforestation rate of 101,000 ha (0.17%) per year while government reports a higher rate of 310,349 ha (0.48%) per year for the same time period. Other studies estimated deforestation increase by 192% in the Caquetá region in 2012 and the Colombian Ministry of Environment estimated a loss of 140,356 ha in 2014. (Source: Global Forest Atlas) Photo credit: S Miclat

This is an important and strategic development in the University’s integral response to the call for action on the Amazonia, a region of global significance as a “lung of the planet” and whose resources and indigenous communities face massive threats of loss and displacement from agri-business pressures.

My warmest greetings to all those participating in this gathering.

Regarding this, I would like to introduce three elements that characterize and underscore this academic initiative.

The first is the consolidation of this Program as an institutional option that responds to the challenge of linking the University with regional contexts, effectively putting this into practice with the Colombian Amazon region.  This option allows us to continue carrying out the mission of the Universidad Javeriana which is to come together with the different regions of the country.  This involves the task of constructing an open university institution and one in constant dialog with the national reality.

We understand the central role of the Javeriana in this process of regional contribution as a facilitator of dialogues between local contexts and scenarios of national advocacy; the main branch of the University is in the capital of the country, and it has the possibility of both working in community-based scenarios as well as working with those who make the decisions and build public policy.

This proposal is the result of the university planning process for the period of 2016-2021, in which priority has been given to contributing to the process of reconciliation and peace building that the country is currently undergoing, strengthening the academic contribution for social transformation and the beginning of the Integral Ecology of the encyclical letter of the Holy Father Francis, Laudato Si’.

As the second central element, I would like to point out the nature of collaboration that underscores this initiative, both at the internal level of the University, as well as in the projection of its development with regional actors.  The linking between Region and University brings to light the complexities of the social realities, and, therefore, the need to count on a wide range of contributions for this approach.

Likewise, inside the University, this initiative implies the strengthening of interdisciplinary work with the educational community as well as collaborative dialog that must be established between the regional actors.  The joint dialogs and actions fostered through this between the Government, companies, social organizations and academia shall be vital to strengthening the impacts that the program may have.

Lastly, I would like to highlight a focal point of the program which is the University service to the country form the academic nature of its work.  Therefore, the main objective is to develop substantive functions of Teaching, Researching and Providing Service that work together to propose alternative solutions to the great social problems.

This reinforces the commitment that the University has taken on through its regional linking, identifying the scenarios in which its contributions are strategic, without replacing the obligations and roles assumed by the actors of the territory or at the national level as are the regional universities, the government, the social organizations, the NGOs and the religious organizations, among others.

In this way, it is my pleasure to share this experience with you all.  This experience was built collectively by the educational community of the Pontificia Universidad Javeriana Bogotá Branch and accompanied by the Project Coordination of the Office for the Promotion of University Social Responsibility.  I wish you great success in the development of this encounter.  Thank you very much.