Sometimes I wish I didn’t know as much about climate change as I do. For my entire professional life, I have been obliged to stay up-to-date with advances in climate science, as well as every intricacy of political manoeuvring in relation to climate policy. I would sleep much better if I had never paid any attention to it. 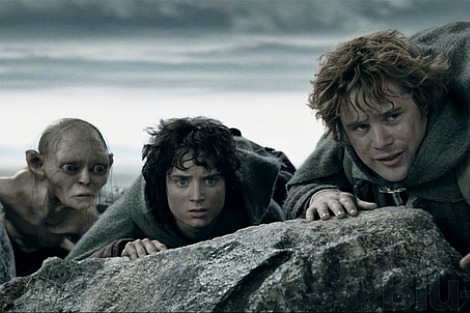 You see, I don’t reckon we are winning. And if you pressed me into looking forward and objectively considering if we are likely to deal with climate change before it is too late I would say, ‘Nup, we are stuffed.’

I could bore you with talk of how the world isn’t cutting emissions fast enough and even if countries meet their pledges to the Paris Agreement we still won’t keep well under the 2 degree target that separates global pain from global catastrophe.

I could also drone on about how the world’s climate is being much more sensitive to carbon pollution than we thought it would be. For instance, how ten years ago we thought no matter how much crap was pumped into the atmosphere, the Antarctic ice cap would hold firm, but now we know it is melting from underneath and sliding into the ocean.

Sure there are battle-by-battle victories: we managed to get some sort of global agreement on climate change, the uptake in renewables is better than expected and countries like China have stepped up to play a leadership role. But when you look at the big picture, that is the amount of carbon going into the atmosphere and how the climate is responding to this pollution, it gets clear how screwed we really are.

This makes it hard for all us climate-aware folk on two levels. One is the obvious woe-is-me rumination that is person ally gruelling. The other problem is that doomsday talk is really unhelpful in motivating the public into caring about an issue and getting people to change their actions or political outlook.

We’ve got two decades of social research that says people turn off when a problem is so dire that it seems unsolvable. This is why environmental groups are so keen to talk up the successes of renewables and to focus debate on local binary issues like whether the Adani coal mine should go ahead. So we are left with this dichotomy where on one hand the situation is so dire, but on the other hand if we want anything to get any better we can’t communicate openly about how dire it really is.

This is how I have begun to resolve this in my head: I turn to hobbits. Well not really specifically to hobbits, or dwarves or any mythical creature from a made-up land. I think about two themes that JRR Tolkien delineated in The Lord of the Rings.

“To Tolkien, eucatastrophe could only come about if you had faced up to the inevitability of ‘the long defeat’ and soldiered on regardless.”

One of these themes Tolkien called ‘the long defeat’. This is the idea that so often in the world you find yourself fighting for a cause where there is very little chance of success, but you fight for it anyway because it is the right thing to do and because you can’t imagine doing anything else. In The Lord of the Rings this sentiment appears time and time again, whether it is the folly of sending two hobbits alone into enemy territory and thinking it will work out well, or the many occasions the heroes of the story rode out into battle against superior numbers.

The other theme that Tolkien inserted was one he described as eucatastrophe. He defined this as a sudden and unexpected change of fortune for the better. Think about the late arrival of Gandalf et al. in the battle at Helm’s Deep or about the arrival of the eagles to rescue Sam and Frodo from the eruption of Mount Doom. To Tolkien, eucatastrophe could only come about if you had faced up to the inevitability of ‘the long defeat’ and soldiered on regardless.

Tolkien found the twin themes of ‘the long defeat’ and eucatastrophe in folk tales, in history and in his personal interpretation of Christianity. I find these two themes help me understand how I should approach the existential issue of climate change.

In ‘the long defeat’ climate activists can ground themselves in the enormity of the task we face. When sharing war stories among ourselves we can acknowledge our struggles and it should not dissuade us from keeping on fighting, it should bind us together in the struggle. But when communicating outward we can focus on how our struggles keep alive the chance of success. I don’t know what the eucatastrophe for resolving climate change might be; a technological breakthrough perhaps, or maybe even an outbreak of global political will to fix it, but I know without the ongoing slog of day-to-day climate activism we won’t be in a position for these miracles to happen.

Tim Beshara is nature conservation professional currently working in politics as a media adviser for a Greens Senator. You can find him on twitter as @tim_beshara