UN: True, transparent and frank Dialogue must include the Indigenous Communities, by Archbishop Jurkovic 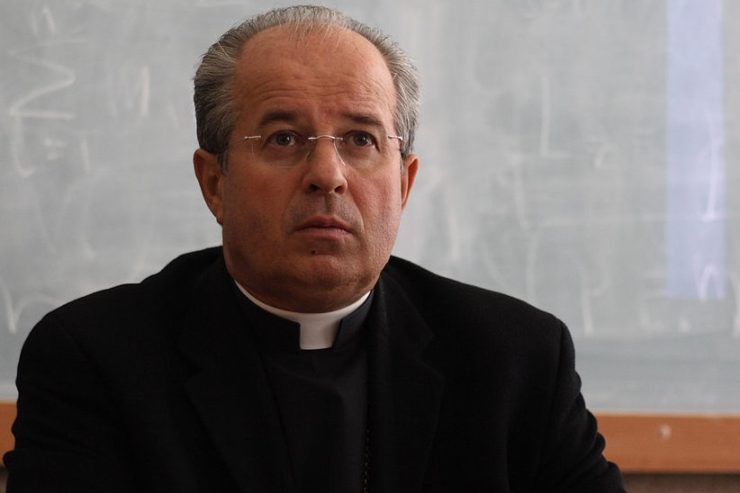 “A true, transparent and frank dialogue must be established among all stakeholders, particularly including the affected indigenous communities”, declared Archbishop Ivan Jurkovic at the 36th Session of the Human Rights Council on “Indigenous Peoples”, delivered yesterday, 20 September 2017, in Geneva (Switzerland).

“The Holy See maintains, he said, that the problematic relation between some transnational companies and indigenous groups, especially in the area of extractive industries, needs to be addressed. A true, transparent and frank dialogue must be established among all stakeholders, particularly including the affected indigenous communities, in order to obtain their free, prior and informed consent concerning any measure that might have a substantial impact on their way of life and their culture.”

The tenth anniversary of the United Nations Declarations on the Rights of Indigenous Peoples is being observed at an opportune moment when the International Community is striving to fulfill the “Seventeen Goals to Transform the World”, delineated in the 2030 Agenda for Sustainable Development.

As we know, the 2030 Agenda recognizes, inter alia, the need to strengthen international cooperation within a global partnership, with the aim of facilitating an intensive global engagement in support of the implementation of the Goals and targets, included therein.1

A true, fair and effective implementation of the Seventeen Goals is based on the vision that all persons will become “dignified agents of their own destiny, taking into consideration that integral human development and the full exercise of human dignity cannot be imposed, but rather allowed to unfold for each individual, for every family, in relation to others, and in a right relationship with those areas in which human social life develops.”2

Therefore, in the words of Pope Francis, “there is a need to respect the rights of peoples and cultures and to appreciate that the development of a social group presupposes a historical process which takes place within a cultural context and demands the constant and active involvement of local people from within their proper culture. Nor can the notion of the quality of life be imposed from without, for quality of life must be understood with the world of symbols and customs proper to each human group.”3

Moreover, in an increasingly interconnected world, which experiences both the profits and the losses of the globalization processes, the traditional indigenous vision of development focuses on human development in its entirety and helps us all to understand that the earth and the environment are precious and good for our use; these gifts, needed for human existence, should not be abused.4

Protection and promotion of the cultural, social, and economic life of indigenous peoples, therefore, must be recognized by all as a service being rendered to the human family of tomorrow. This is fulfilled by sharing the rich human values and set of knowledge to generations to come, but it also benefits the members of the human family in the present era since it facilitates dialogue with indigenous peoples and creates partnership with them.

The Holy See promotes and sponsors such partnership in different ways, for example, by building centers of indigenous languages, overseeing the compilation of grammar books and the commissioning of hundreds of translations into those languages, which often are threatened to the point of extinction. A wide range of such collections are available for research in different Pontifical Universities and institutes of higher education.5

My Delegation welcomes the work of the United Nations High Commissioner for Human Rights, as illustrated in the last report “on the rights of indigenous peoples” (A/HRC/36/22), by which said Office has reached out to indigenous communities around the world and offered assistance in defending their political, economic cultural and social rights. Particularly noteworthy is the effort of the OHCHR to provide “technical assistance to Member States, indigenous peoples, civil society and United Nations bodies” to reform and implement “legal frameworks, policies, strategies and national action plans” to foster the protection and the participation of the indigenous communities within national and international fora.

By recognizing that “respect for indigenous knowledge, cultures and traditional practices contributes to sustainable and equitable development and proper management of the environment”,6 the International Community can understand better that truly sustainable development requires “greater attention to local cultures when studying environmental problems.”7

Particular emphasis should be given “to reconcile the right to development, both social and cultural, with the protection of the particular characteristics of indigenous peoples and their territories.”8 Indigenous communities “are not merely one minority among others, but should be the principal dialogue partners when large projects affecting their ancestral lands are proposed.”9

The Holy See maintains that the problematic relation between some transnational companies and indigenous groups, especially in the area of extractive industries, needs to be addressed. A true, transparent and frank dialogue must be established among all stakeholders, particularly including the affected indigenous communities, in order to obtain their free, prior and informed consent concerning any measure that might have a substantial impact on their way of life and their culture.

In conclusion, Mr. President, it is essential that the voice of these peoples is heard and protected at the level of national and international debates. Such actions will constitute a formidable tool to acquire a more profound and broad understanding of authentic and integral human development.

2 Letter from the Permanent Observer of the Holy See to the United Nations addressed to the Secretary-General, dated 25 September 2016, A/71/430, n. 7.

4 Statement of the Permanent Observer of the Holy See to the United Nations, New York, 20 April 2010.

6 United Nations Declaration on the Rights of Indigenous Peoples, PP11.

8 Pope Francis, Address to Participants of The III Global Meeting of The Indigenous Peoples’ Forum of the International Fund For Agricultural Development, 15 February 2017.

Another step:  Original Nations lands are held and managed for the common good.  Church lands and those held by orders supposedly should be as well.  Thus, lands should not be sold for the retirement and well-being of a specific small set of people/members and their 1st world health care and end of life needs, especially when the needs are so great for future generations and current families which find themselves at the margin of the current economy and growing in hopelessness.  The church should have and enforce standards for how these resources, taken from the dignified and sustainable communities and nations, oriented toward the common good, are employed as dioceses and orders close down facilities and sell for funds, what came from the commons and should be returned to the commons.